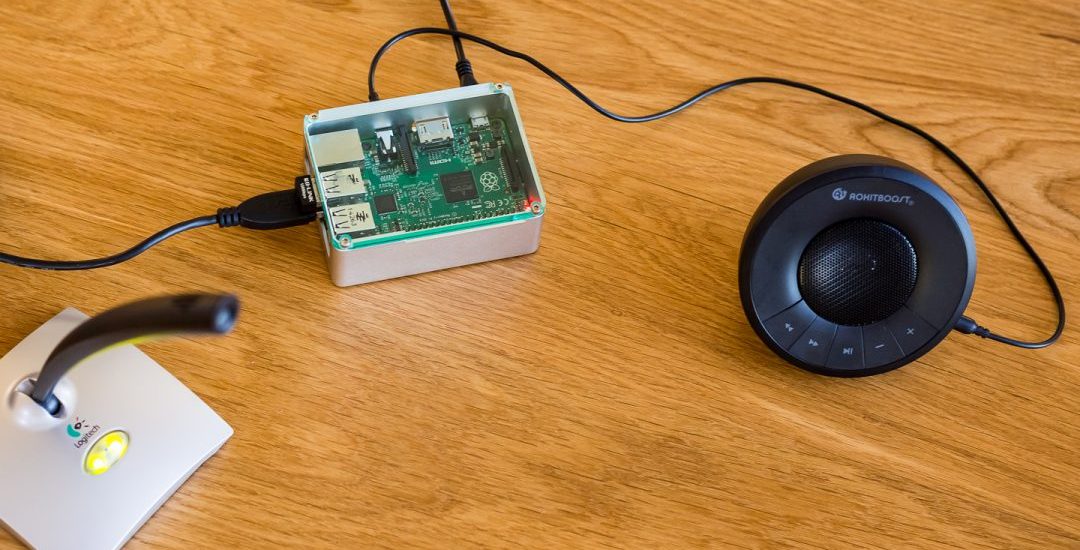 Recently, I described how to perform speech recognition on a Raspberry Pi, using the on device sphinxbase / pocketsphinx open source speech recognition toolkit. This approach works reasonably well, but with high accuracy, only for a relatively small dictionary of words.

Like the article showed, pocketsphinx works great on a Raspberry Pi to do keyword spotting, for instance to use your voice, to launch an application. General purpose speech recognition however, is still best performed, using one of the prominent web services.

Google’s speech recognition and related services used to be accessible and easy to integrate. Recently however, they got much more restrictive and (hard to belief, I know) Microsoft is now the place to start, when looking for decent speech related services. Still, let’s start with Google’s Speech Recognition Service, which requires an FLAC (Free Lossless Audio Codec) encoded voice sound file.

Accessing Google’s speech recognition service requires an API key, available through the Google Developers Console.
I followed these instructions for Chromium Developers and while the process is a little involved, even intimidating, it’s manageable.
I created a project and named in TranslatorPi and selected the following APIs for this project: 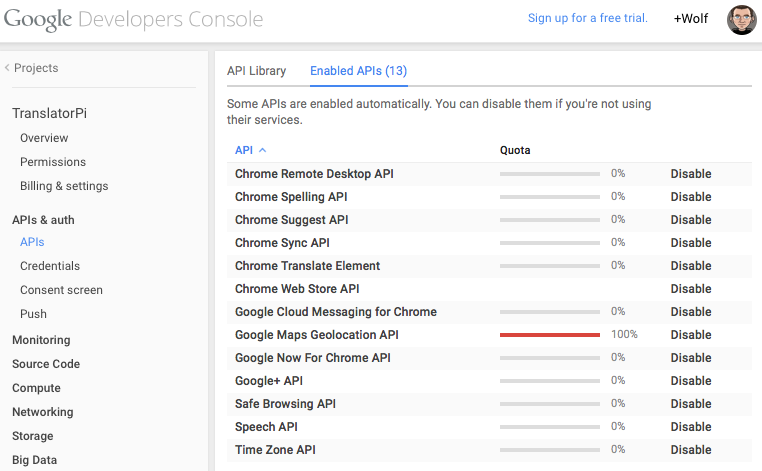 The important part is to create an API Key for public access. On the left side menu, select API & auth / Credentials. Here you can create the API key, a 40 character long alpha numeric string.

Back on the Raspberry Pi, there are only a few more libraries needed, additionally to what was installed in the above mentioned on-device recognition project. 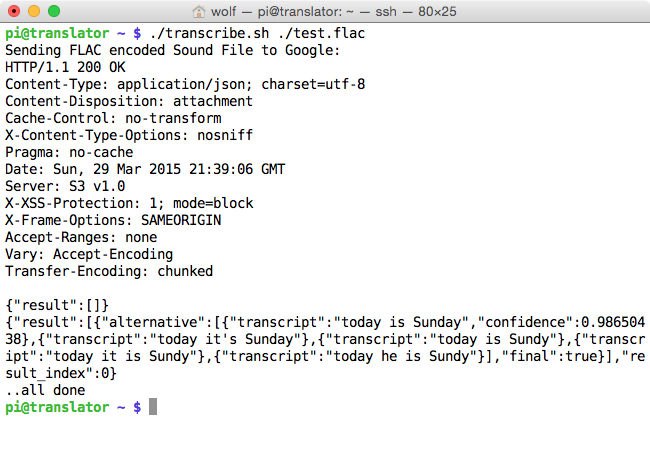 More details about accessing the Google Speech API can be found here: https://github.com/gillesdemey/google-speech-v2

Encoding doesn’t take long and the Google Speech Recognizer is the fastest in the industry, i.e. the transcription is available swiftly and we can send it for translation to yet another web service.

Creating an account at the Azure Marketplace is a little easier and the My Data section shows that I have subscribed to the freetranslation service, providing me with 2,000,000 Characters/month. Again, I named my project TranslatorPi. On the ‘Developers‘ page, under ‘Registered Applications‘, take note of the Client ID and Client secret, both are required for the next step. 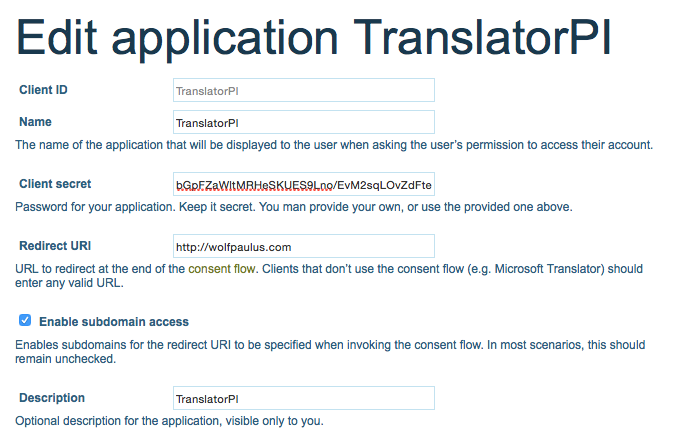 With the speech recognition from Google and text translation from Microsoft, the strategy to build the translator looks like this:

For my taste, that’s a little too much for a shell script and I use the following Python program instead:

So here are a few test sentences for our translator app, using English to Spanish or English to German:

This video shows the Raspberry Pi running the translator, using web services from Google and Microsoft for speech recognition, speech synthesis, and translation.