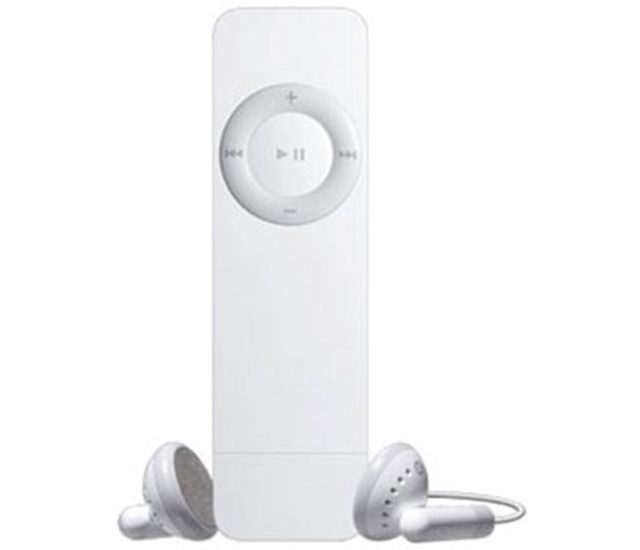 Flying to Sunnyvale, meeting up with developer peers is fun, wouldn’t there be the flight. Seems like I’m unable to have an ordinary uneventful trip and it wasn’t any different this time around. Due to a deadly traffic accident on the I5, driving the 30 miles from Carlsbad to airport in San Diego took me over 3 hours. Usually, I would have considered this 3 hours wasted but not this time. A couple weeks ago I bought an iPod shuffle and discovered Podcasts.

Podcasting describes the technology used to push audio content from websites down to users, who typically listen to it on their iPod or other audio player that supports mp3 – think about this as a time shifted radio broadcasts.
Podcasting uses an (RSS, or Really Simple Syndication, based) XML descriptor to tag the content. This XML-descriptor gets consumed by the Podcast Client Software (PlayPod or iPodder, which is capable of downloading the audio files and placing them for instance in the local iTunes library. From there, the files are easily synchronized with the iPod.
There are quite a few Web sites already offering Podcasts. However, currently the ultimate starting point seems to be Postcast Alley, a searchable directory containing user feedback.

“… the first chunk of research that I was engaged in was trying to understand what it is that could kill a successful, well — run company. And those of you who are familiar with it, probably know that the odd conclusion that I got of that was that it was actually good management that kills these companies …”

Christensen talks about the “law of conservation of modularity” or “law of conversation of attractive profits” and introduces a sound theory, which explains why companies like Digital, Wang, or Compaq have disappeared.
None of the stuff he talks about it really groundbreaking news but for a None-MBA like myself, putting it all nicely in one understandable model make a lot of sense and helps to predict where the technology industry is heading.

The technical summit was really cool and with some good podcasts on the iPod, being stuck in traffic doesn’t seem all that bad anymore.

No comments yet
ipod podcast