If you have Tomcat installed on your Mac or Linux computer, like I have shown here and here, you may sooner or later want to serve content not only through HTTP, but also securely through HTTPS. Instead of going the self-signed certificate route, where the certificate is signed with its own private key, I’m describing how to acquire an SSL certificate that is signed by a certificate authority (CA) and how to configure Tomcat to use it. While not free, I gladly pay sslmate the $16, for the convenience of getting a certificate that works everywhere.

Here are the things you should already have in place.

Depending on your OS, you can find detailed instructions on how to install sslmate. For Ubuntu 18.04 for instance, it’s as easy as this:

If this is the 1st time you are doing this, you continue with buying an certificate on your command line, like so

After a verification email containing a “validation code” is sent to admin@techcasita.com, ssmate will download and store the certificates in /etc/sslmate as follows:

You may want to think about a strong password and for simplicity, use it throughout this process.

Next step is to and configure the “SSL HTTP/1.1 Connector” entry for the default HTTPS port, 443:

Optionally, you could consider adding the following attributes into the Connector tag as well:

That’s pretty much it. However, re-starting the Tomcat server may not have the desired effect, if you don’t run tomcat as root. By using the default HTTPS port 443 instead of 8443 for instance, a so called privileged port is used. Port numbers below 1024 are not allowed to run servers on and the following error shows up in the Tomcat log file:

However, once you have figured out what the actual java binary file is, setcap (a Linux command to set file capabilities) can be used, to allow a non-root process to listen on a privileged port.. 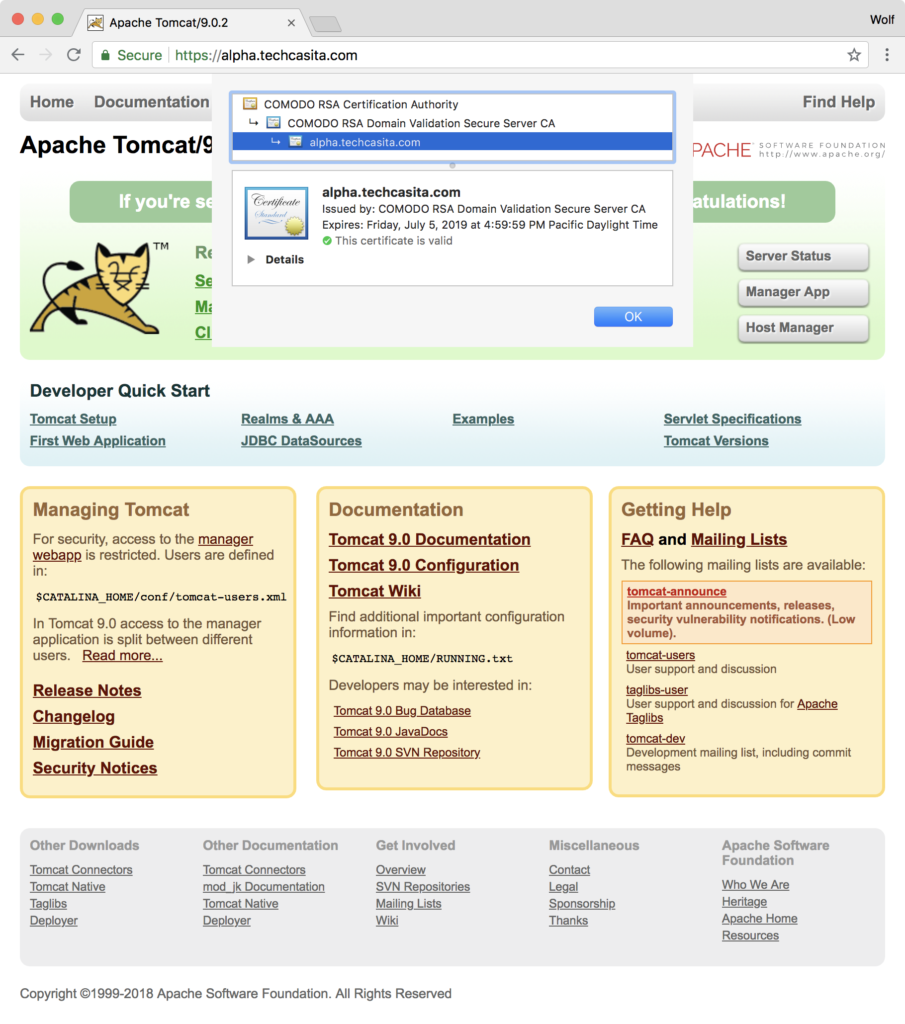 To be sure that all is good, use one of the SSL Checkers, to verify the configuration. Here for instance I have used SSLShopper, which spotted one of my misconfiguration before: 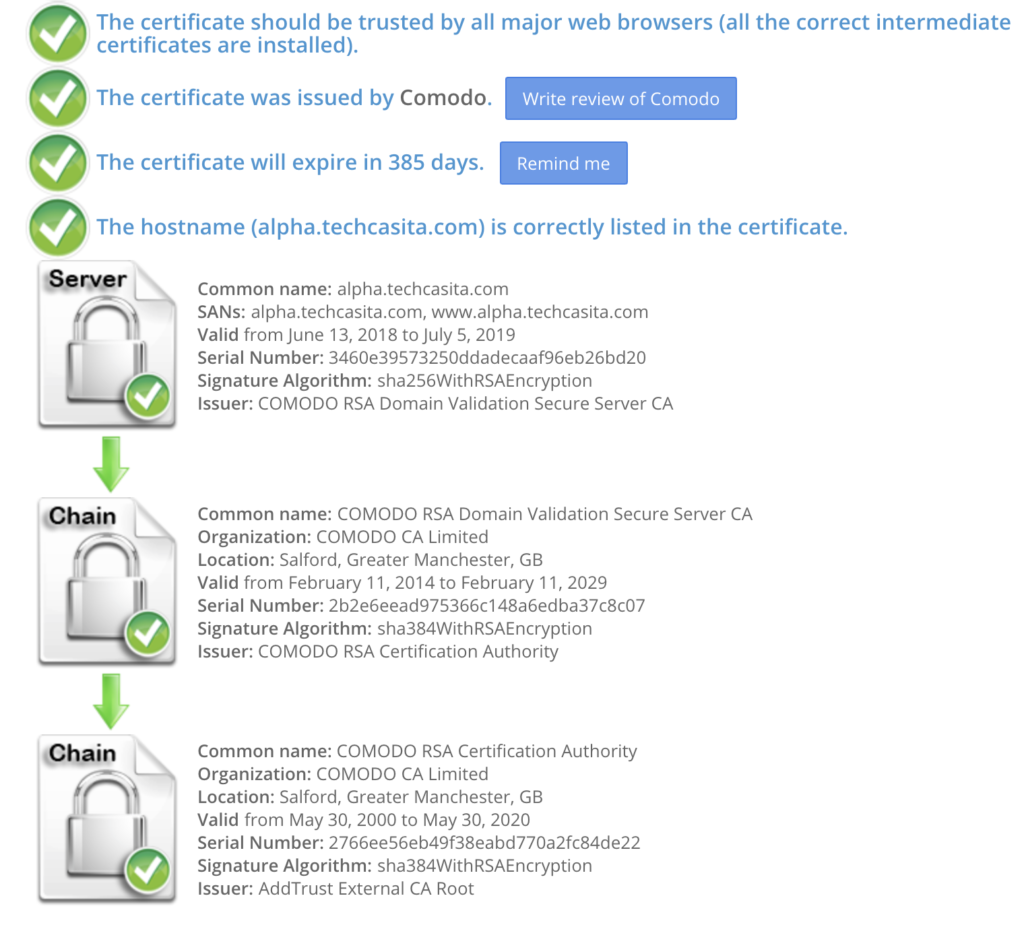 2 Replies to “Installing an SSL Certificate on Tomcat”