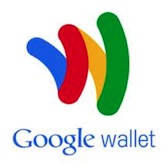 Tap & Go a.k.a PayPass, is a new simple way of paying. PayPass is a payment method that lets you make purchases without having to swipe your card or provide your signature. A simple tap with a card, key fob, or mobile phone is all it takes to pay at checkout.

So this Saturday morning, I took paying with a mobile phone to the test – the only method of payment available to me was the Google Wallet application on a Samsung Nexus S Android Phone running on Sprint’s 4G Network.

Google Wallet can be linked to a Citi MasterCard, or like I did, used as a prepaid card, funded with any of my existing credit cards.

I started buying a small cup of coffee at the 7-11 at 13985 Torrey Del Mar Dr, San Diego, CA 92130
Both checkouts were equipped with PayWave contact-less hand readers and the clerk seemed quite familiar with the process.

It’s best to have the phone ready (i.e. unlocked display) when holding its back close to the reader. Holding the phone to the reader launches the Google Wallet app, which immediately prompts you to enter your 4 digit PIN. After entering the PIN, the amount you’re going to be charged, appears on the phone’s screen and after you again place the phone close to the reader, the payment will be sent.

Next up, the CVS/pharmacy at 9225 Twin Trails Dr, San Diego, CA 92129. I bought a toothbrush for $3.22 and once again, the checkout clerk was familiar with this form of payment, recognizing the Google Wallet app. Two touches with the phone and I was on my way to a nearby Rite Aid.

What goes hand in hand with a toothbrush … toothpaste of course. At the Rite Aid at 13167 Black Mountain Rd, San Diego, CA 92129, I bought a tube of Colgate for $5.16. All cash registers were equipped with the PayWave contact-less readers and the clerk was not surprised seeing me pay with a phone.

There is Stater Brothers Market at 9909 Carmel Mountain Rd. nearby, where I wanted to get a baguette. Unfortunately, they weren’t too keen about us filming the checkout process, but paying with the phone was almost as easy as at all previous locations. This time however, an additional interaction with the PayWave station was required, I needed to tap the “Accept” button on the reader’s small touch-screen display.

Four for four; not too bad so far. Let’s move on to some bigger stores in the immediate vicinity. At the Best Buy at 11160 Rancho Carmel Dr, San Diego, CA 92128, I bought a cool RocketFish Stylus for tablets like the iPad. Of course, it works extremely well on Android Tablets like the Xoom or the Samsung Gallaxy Tab 10.1 as well.

$18.30 would be my biggest purchase for the day and I should mention, “paying without signature” is limited to payments under $50. While all cash registers were equipped with PayWave, the one I was using was broken. However, the guys at Best Buy swiftly moved me to another line and after two touches with the phone and I was on my way.

Next stop, Sports Authority at 11690 Carmel Mountain Rd, San Diego, CA 92128. I bought a baseball for $3.22 and while the clerk was telling me that this was the first time that he saw someone paying with a phone, it worked flawlessly. Again, tap – enter Pin – tap and I was on my way .. to the Home Depot.

Last stop for the day was the Home Depot at 12185 Carmel Mountain Rd, San Diego, CA 92128, were I wanted to get a strap wrench. Only one (Number 11) of the 14 registers was equipped with a PayWave reader and the clerk seemed completely clue-less. I attempted to pay just like I did in all the other stores but the payment was rejected three times, after which I left the store empty-handed and a little disillusioned.

To be fair, we did our homework before we started. We researched, which nearby stores accepted PayPasse and planned the route accordingly. Six out of seven therefore sounds a little better then it actually is. Paying with Tap & Go is convenient, no question about it. However, don’t leave your house without a card just yet.

Now, don’t think just because PayPass is not ubiquitous yet, it’s not cool. We think it’s awesome and to let you experience the cool ways of Tap & Go with us, we produced this short firm, showing “A Saturday Morning with Google wallet”. We really hope you are going to like it: